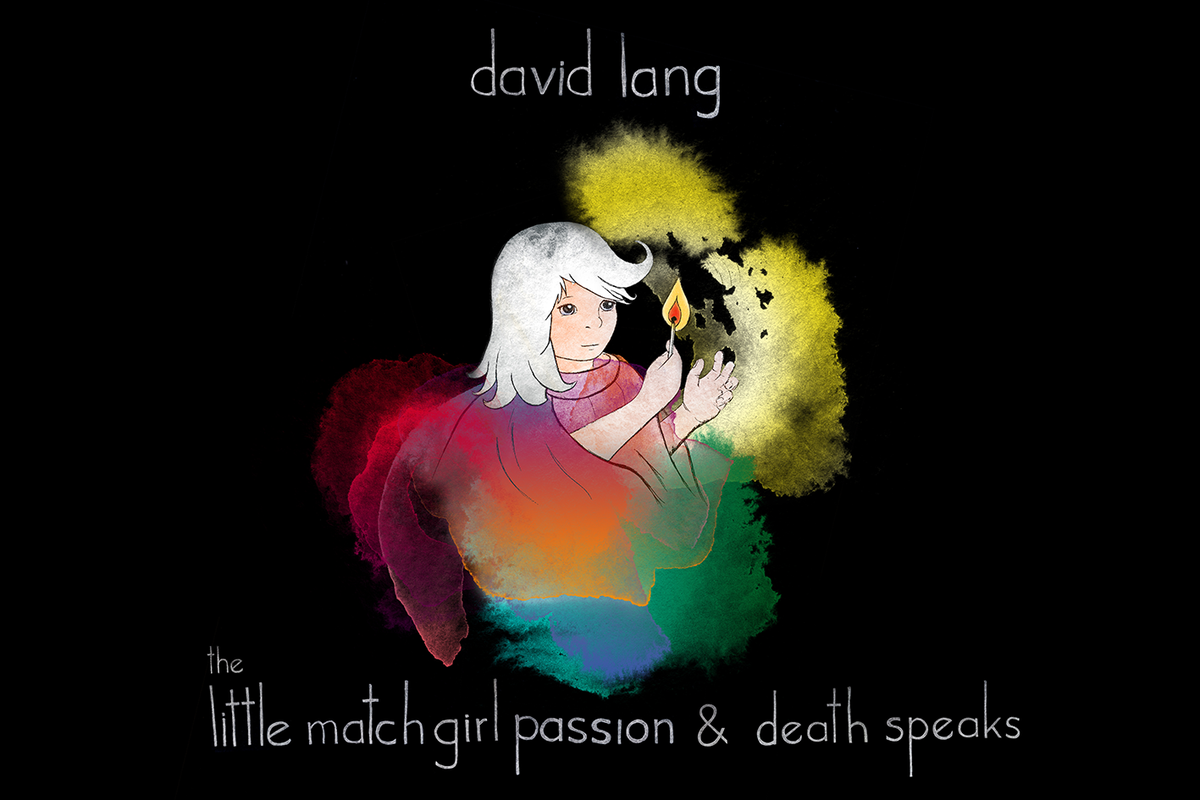 Tickets are on sale HERE

David Lang's two pieces, Little Match Girl Passion and Death speaks will be performed in Fríkirkjan on the 1st of November at 20:00 as a part of Reykjavík Opera Day's programme. After the concert, Helgi Rafn Ingvarsson will interview the composer himself, David Lang.

I wanted to tell a story. A particular story — in fact, the story of The Little Match Girl by the Danish author Hans Christian Andersen. The original is ostensibly for children, and it has that shocking combination of danger and morality that many famous children's stories do. A poor young girl, whose father beats her, tries unsuccessfully to sell matches on the street, is ignored, and freezes to death. Through it all she somehow retains her Christian purity of spirit, but it is not a pretty story.

What drew me to The Little Match Girl is that the strength of the story lies not in its plot but in the fact that all its parts—the horror and the beauty—are constantly suffused with their opposites. The girl's bitter present is locked together with the sweetness of her past memories; her poverty is always suffused with her hopefulness. There is a kind of naive equilibrium between suffering and hope.

There are many ways to tell this story. One could convincingly tell it as a story about faith or as an allegory about poverty. What has always interested me, however, is that Andersen tells this story as a kind of parable, drawing a religious and moral equivalency between the suffering of the poor girl and the suffering of Jesus. The girl suffers, is scorned by the crowd, dies, and is transfigured. I started wondering what secrets could be unlocked from this story if one took its Christian nature to its conclusion and unfolded it, as Christian composers have traditionally done in musical settings of the Passion of Jesus.

The most interesting thing about how the Passion story is told is that it can include texts other than the story itself. These texts are the reactions of the crowd, penitential thoughts, statements of general sorrow, shock, or remorse. These are devotional guideposts, the markers for our own responses to the story, and they have the effect of making the audience more than spectators to the sorrowful events onstage. These responses can have a huge range—in Bach's ''Saint Matthew Passion,'' these extra texts range from famous chorales that his congregation was expected to sing along with to completely invented characters, such as the ''Daughter of Zion'' and the ''Chorus of Believers.'' The Passion format—the telling of a story while simultaneously commenting upon it—has the effect of placing us in the middle of the action, and it gives the narrative a powerful inevitability.

My piece is called The Little Match Girl Passion and it sets Hans Christian Andersen's story The Little Match Girl in the format of Bach's Saint Matthew Passion, interspersing Andersen's narrative with my versions of the crowd and character responses from Bach's Passion. The text is by me, after texts by Han Christian Andersen, H. P. Paulli (the first translator of the story into English, in 1872), Picander (the nom de plume of Christian Friedrich Henrici, the librettist of Bach's Saint Matthew Passion), and the Gospel according to Saint Matthew. The word ''passion'' comes from the Latin word for suffering. There is no Bach in my piece and there is no Jesus—rather the suffering of the Little Match Girl has been substituted for Jesus's, elevating (I hope) her sorrow to a higher plane.


death speaks was commissioned by Carnegie Hall and Stanford Lively Arts, specifically to go on a program with the little match girl passion. The opportunity came without many other parameters, so there were a lot of questions I had to answer. Would the new piece be for an existing ensemble or some group I would assemble for these performances only? Would it relate to little match girl, musically or emotionally, or would it start from its own place?

Something that has always interested me about the little match girl story is that the place where we are left emotionally at the end is so far away from where the match girl is. We are all weeping at the end and yet she is happily transfigured, in the welcoming arms of her grandmother in heaven. The original story switches starkly back and forth at the end, between her state and ours, perhaps in order to show us just how far away from redemption we are; it is Andersen's way of making us feel left behind.

This reminded me of certain other stark comparisons between the living and the dead. I remembered the structure of Schubert's beautiful song "Death and the Maiden" in which the text is divided in half; the first half of the song is in the voice of the young girl, begging Death to pass her by, and the second half of the song is Death's calming answer. This seemed to be the same division as in the Andersen story — the fear of the living opposed against the restfulness of death.

What makes the Schubert interesting is that Death is personified. It isn't a state of being or a place or a metaphor, but a person, a character in a drama who can tell us in our own language what to expect in the World to Come. Schubert has a lot of songs with texts like these — I wondered if I assembled all of the instances of Death speaking directly to us then maybe a fuller portrait of his character might emerge. Most of these texts are melodramatic, hyper-romantic and over-emotional; one of the knocks on Schubert is that he often saved his best music for the worst poetry. Nevertheless, I felt that taking these overwrought comments by Death at face value just might lead me someplace worth going.

I went alphabetically in the German through every single Schubert song text (thank you, internet!) and compiled every instance of when the dead send a message to the living. Some of these are obvious and some are more speculative — Death is a named character in "Der Erlkönig," the brook at the end of Die Schöne Müllerin speaks in Death's name when it talks the miller into killing himself, the hurdy gurdy player at the end of Winterreise has long been interpreted as a stand-in for Death. All told, I have used excerpts from 32 songs, translating them very roughly and trimming them, in the same way that I adjusted the Bach texts in the little match girl passion.

Art songs have been moving out of classical music in the last many years — indie rock seems to be the place where Schubert's sensibilities now lie, a better match for direct storytelling and intimate emotionality.

I started thinking that many of the most interesting musicians in that scene made the same journey themselves, beginning as classical musicians and drifting over to indie rock when they bumped up against the limits of where classical music was most comfortable. What would it be like to put together an ensemble of successful indie composer-performers and invite them back into classical music, the world from which they sprang?

I asked rock musicians Bryce Dessner, Owen Pallett, and Shara Worden to join me, and we added Nico Muhly, who, although not someone who left classical music, is certainly known and welcome in many musical environments. All of these musicians are composers who can write all the music they need themselves, so it is a tremendous honor for me to ask them to spend some of their musicality on my music.